What Happened with Sugarloaf and What Happens Next ...

This is a sponsored post from Howard Alan Events
Dear Artists and Craftspeople,
When the entire country was forced to lock down a year ago, art and craft festival producer Howard Alan Events (HAE) and its counterpart American Craft Endeavors (ACE) were in the midst of a record-breaking season with 80 shows lined up throughout the country, and hundreds of fine artists and craft artisans signed up with booth fees paid. Then the shutdown happened.
The HAE/ACE team immediately sent out notices to the artists and crafters, offering either a full refund for the cancelled shows, or the opportunity to apply the used funds towards future booth fees. Alan and the team continued this refrain as show after show was canceled each week. By June, the HAE/ACE's staff and expenses were cut wherever possible. Alan's wife and Artist Liaison Debbie Alan stayed in touch with longtime artists and crafters, working with HAE's digital specialist, Malinda Ratliff, in creating video highlights of artists at work in quarantine, and sending along fun and inspiring messages to keep spirits afloat. The artists and crafters responded with gratitude and shared tragic stories of personal losses from the shutdown. 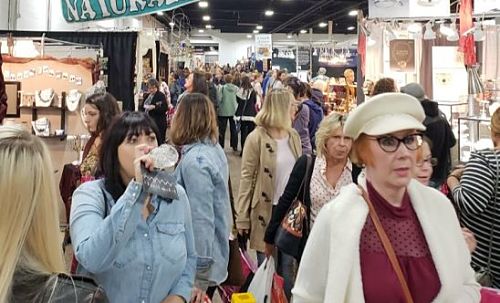 "Artists started reaching out to us to tell us about what happened to them with the Sugarloaf producers," recalls HAE Art Show Director Elaine Laurent. "Like us, the Sugarloaf producers have been around for decades, and their shows have been a tradition for a generation of artisans," Laurent continues. "They declared bankruptcy, ceased contact with the artists and did not offer refunds." 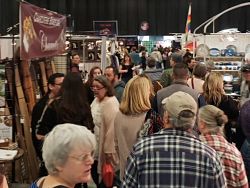 "It was a shock to everyone," says Alan. "These shows are highly respected, and to lose them is hard enough to digest, but to do that to the artists and crafters is unthinkable." While he and the team were doing all they could to stay afloat, they also starting taking the requests from the Sugarloaf artists seriously.
"We kept hearing 'We wish you guys could take over these shows; it would be a shame if they just went away,' and we knew that even though we didn't have a clue when shows would start back up, they would eventually return, and those artists depend upon the Sugarloaf shows for their livelihood."
The first order of business would be how to take care of the existing Sugarloaf artists and crafters.
"Those artists had been burned by what happened," says Laurent. "As a previous exhibiting artist myself, I know how much those payments and their losses mean. We listened to their concerns and fears and worked for months on how we could allay them. As a result, the new relationship between the HAE/ACE family and the Sugarloaf family has been extremely welcoming." 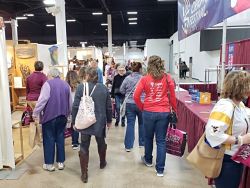 "There were things that needed to be addressed. With the quality of the shows having diminished, the artists and crafters are happy to know that we will be bringing the HAE quality standards to these beloved venues."
As the team worked for months to bring the Sugarloaf shows under the HAE/ACE banner, they used the advice and suggestions of their own artists and crafters who also participated in Sugarloaf festivals to provide the most familiar transition possible for everyone.
Among those suggestions was Greg "Stoney" Stone and Lorrie Stately, the beloved, longtime Sugarloaf show coordinators, who became the first people contacted by HAE/ACE. Other former Sugarloaf team members were also invited to continue their roles under the HAE/ACE banner.
Additionally, HAE agreed that if any artists had lost money from last year's cancelled Sugarloaf shows, they would be eligible for a $50 - $100 credit towards a booth for each venue in which they had previously paid.
"We even pulled the old blueprints for the shows, so we can have them laid out in a familiar way," says Laurent. "And while we have very different levels of standards for our juried shows, it is our intent to work tirelessly with the Sugarloaf artists and crafters to improve the quality of the festivals. We have been so grateful for the welcoming nature of the artists and crafters so far. We want to get to know our Sugarloaf family, have them get to know us, and to assure them that we plan on being there for them for a long time."