When Staci and I decided to try a Naples show this year I first talked to Florida West Coaster Geoff Coe.

We’ve run into Geoff at a number of shows and he has seen the bright colors that permeate Staci’s work.  While cautioning that of course there were no guarantees, he suggested that Mercato might be the best fit.  The crowd is just as moneyed as the other Naples venues but it is younger (relatively speaking) and probably more interested in bright contemporary and abstract work that at the other Naples locations.

Geoff was absolutely right.  Unfortunately, the attendance at the show was way, way down (according to a number of repeat exhibitors that I spoke to.  Of those who did attend on Saturday (the best day), there was real buying interest but sadly even with some enthusiastic buyers, there weren’t enough to go around.

If the crowd had been of normal size, I think most would have had a great show.  As it was, while the painter on one side of us probably did $4K, the painter on the other side had to rely on a previous customer’s repeat purchase to make expenses.   Most of the bags we saw were from the high-end retailers that make-up the Mercato shopping plaza.

What went wrong?  At least 10 locals we spoke to said they had no idea there was a show this weekend.  They had seen no signs, billboards, or TV ads.  When the crowd is small and what I would call “coincidental”, there is not enough to go around even if they are the “right” people.  Where did our booth fee go???

Repeat exhibitors described wistfully the elbow-to-elbow throngs that have characterized Mercato in the recent past.  We could have had a great show if they were there.  As it was, we didn’t make mediocre.  Geoff had it right – this was our crowd; sadly, “crowd” is a misnomer.

Easy set-up starting at 3AM.  We showed up at 5AM and parked in our space to unload.

Teardown was easy too.  We parked fairly near the booth and rolled it out over flat terrain.

Good storage behind the tent.

Artist parking was in a big field behind the venue and a fairly short walk.

Artist amenities were okay. – Coffee/muffins in the morning and access to the volunteer center bathroom.  (There were also clean public restrooms throughout the venue.)

Quality of the art was excellent – a lot of work that we would love to have on our walls (if we had walls that is).  Very contemporary with just a touch of the traditional Florida beachy stuff 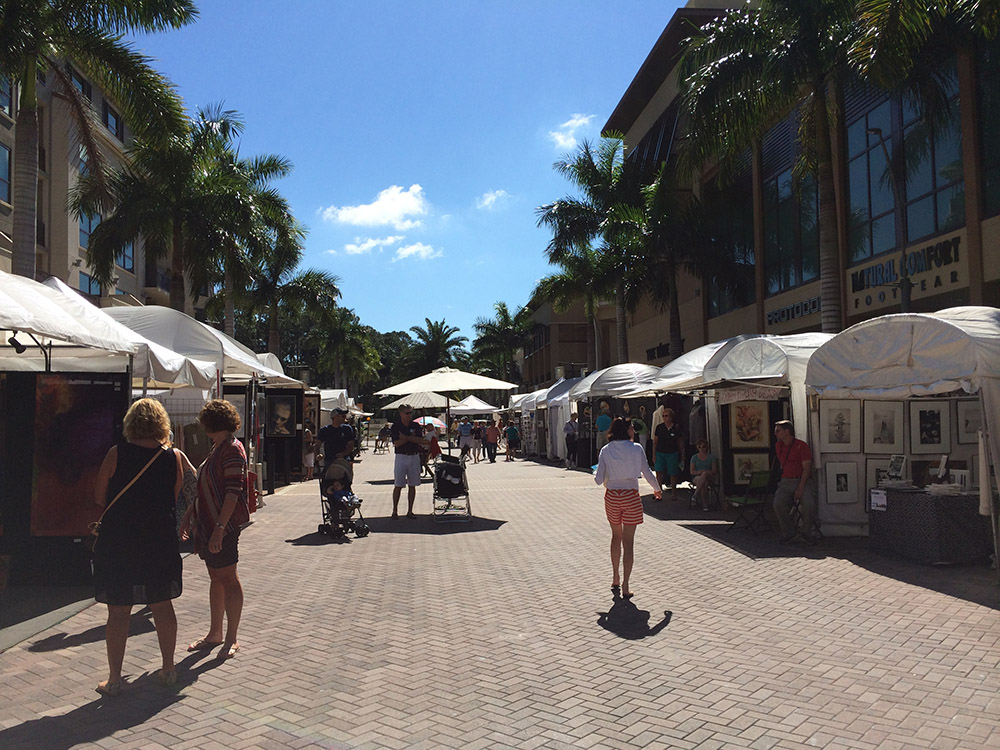 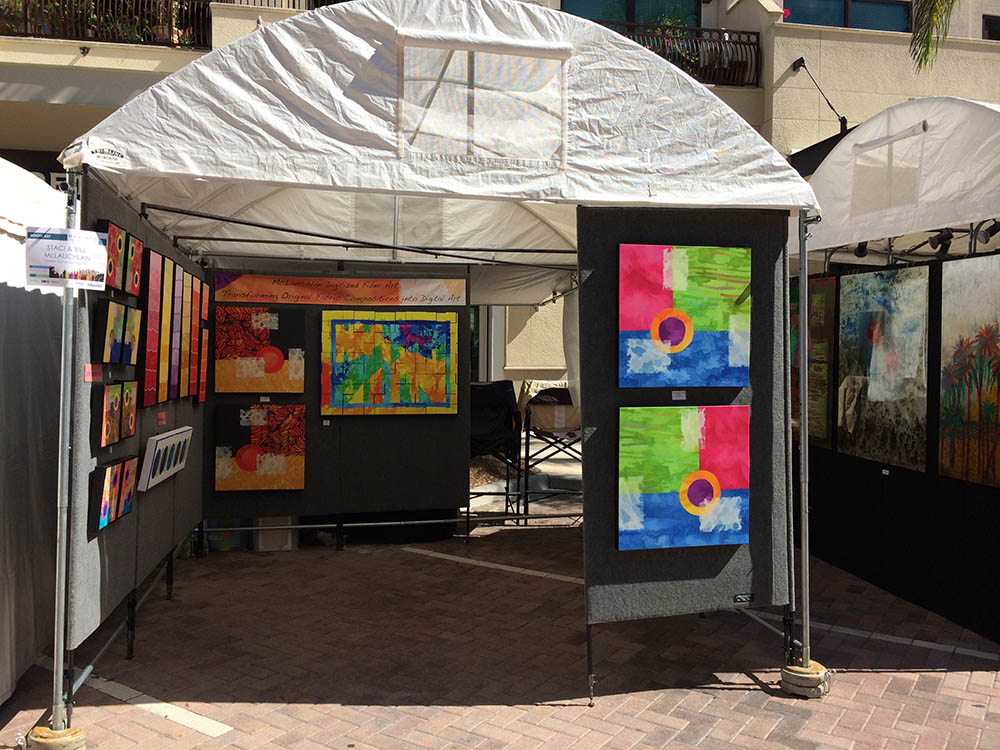