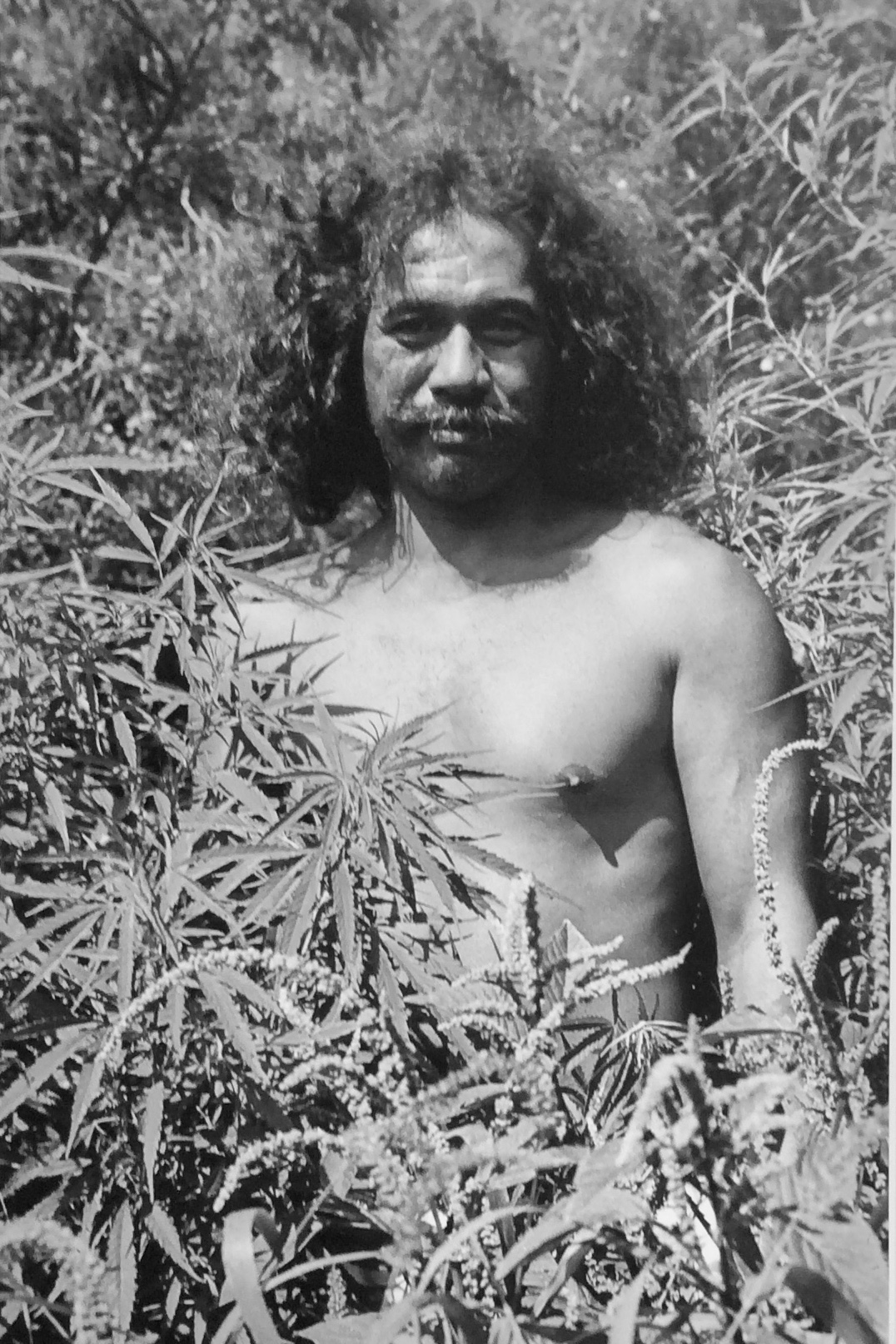 It has been 46 years ago that I did my first art fair.

It has been a fabulous journey, so let me take you there and get your minds off Covid.

In 1973 I lucked out and joined the US Army and got sent to Hawaii for four years with the 25th Infantry Division At Schofield Barracks on Oahu.

I lucked out further by being made the Sports Editor for the Tropic Lightning News, the base newspaper.

I further lucked out by meeting Nick Benuska owner of Surfboards Haleiwa who invited me to rent a room at his house which was right beside The Banzai Pipeline on the North Shore of Oahu. Pipeline is one of the best known surf breaks in the world. I lived there most of the time I was in the Army and also for a while after I took a local discharge from the Army.

So here is the story of how I did my first art show by a waterfall on the North Shore of Oahu.

Schofield Barracks was about 15 miles up from the ocean into the center of Oahu.

So everyday I would cruise back down the highway to the North Shore and on to my home.

When I would drive through Haleiwa towards Pipeline the road took me past a giant banyan tree by the road, the Kam Highway(it is actually called the Kamehameha Hwy, but everyone just says “Kam”).Under the tree were a group of artisans, maybe a dozen, who setup simple displays on tables and blankets. They sold scented candles, Puka shell jewelry and assorted breads and eats.

I always thought it would be a cool way to make a living selling my photos.

Plus I could drink and smoke while the moola rolled in.

Hey, you can dream, and I did.

At the time I was mostly shooting black and white film with my Mamiya C330 which was a twinlenssed camera with a large square negative.

Number one, was surfers carving out waves on the North Shore. Next I photographed locals in their pakalolo patches (I got commissions and got to smoke the product, not bad). Third, I shot naked women in waterfalls and on the beach, by commission again.

Every year the Army had a worldwide photo competition.

In 1973 I lucked out and took first place worldwide in four categories.

So, I thought I was hot shit, at least in my small mind. But actually I was just a lucky novice. I had the eye for the novel and unconventional image and I pursued it.

OK this how I got to do my first show.

One of my neighbors on the North Shore was John Bain.  He was a talented commercial artist from South Africa. He lived in a cool shack right on the point on Waimea Bay.

I would visit John every chance I got, we would smoke the best pot and get high while extolling our great talents. John had plenty, I was just a little grasshopper slowly learning.

John did not think highly of my images, said I needed more vision.

In turn, I smoked all the pot I could get and stole artistic ideas that he sometimes fed me.

So one day in the early spring of 1974, John said to me, “Nelsie, why don’t you try to peddle some of your photos at the upcoming craftfair at Waimea Falls.” 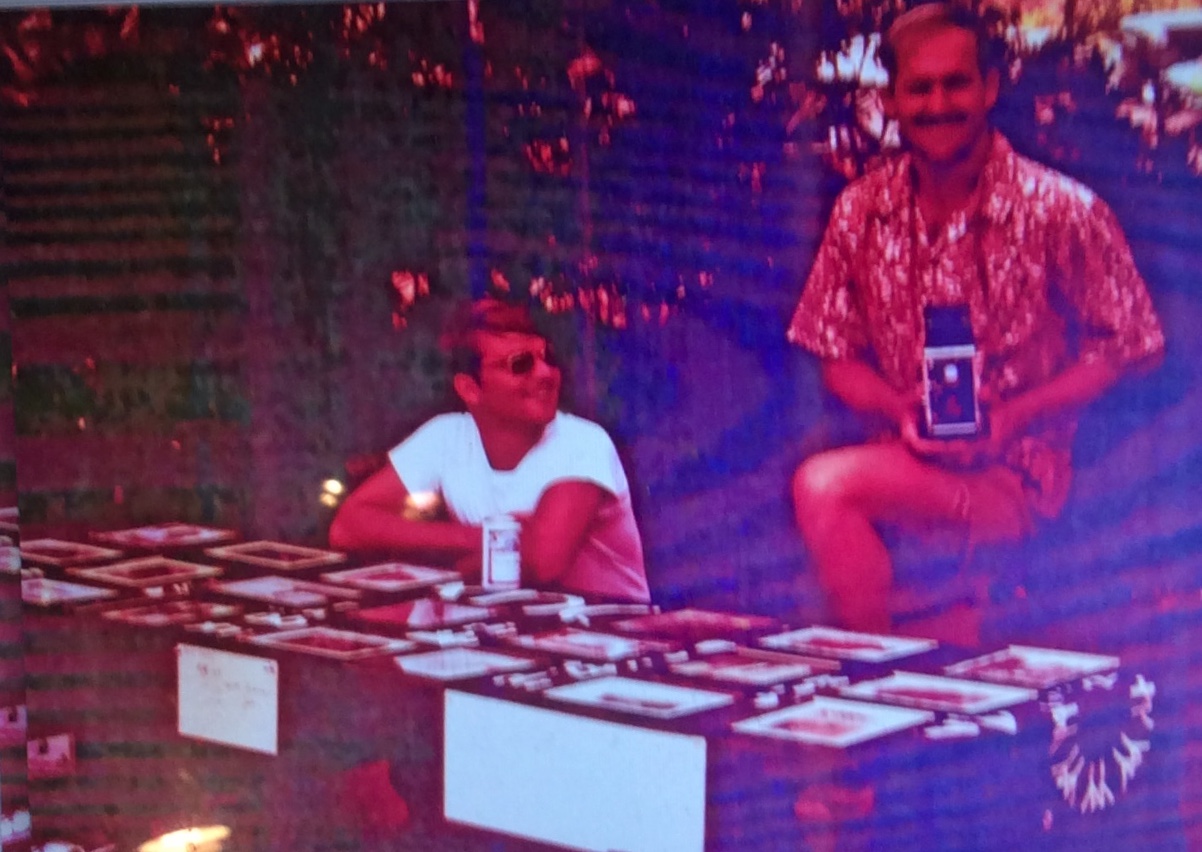 Waimea Falls was a famous tourist stop located right across from the ocean at the entrance to Waimea Valley. A beautiful stream ran beside it and it had a 20 foot waterfall.

They ran one day craft fairs there four times a year.

So I took on John’s challenge. I’ll show him how wrong he is about me.

So this is how the show went.

I showed up early Saturday morn with framed and matted photos, a tablecloth and of course, a cooler full of brews. Had two buddies along to help.

me my space and said, “You can setup your booth and tent here.”

”Tent!booth!” I looked crestfallen.  I didn’t know I had to have my own.

I could just see John Bain chuckling away.

So my buds and I got resourceful.

First, we dragged a picnic table unto my space..This was now my booth.

Tent, who needs one, we are in fricking Hawaii.

Next, we went down to the river and dragged up about 25 small rocks.

I propped my photos on them.

We sat back on the coolers, popped open some brews, we were ready.

People started moving on by. Many stopped,looked and commented.

It was the first time I had heard feedback from an unknown public.

Most were kind and considerate.

My most popular image was “Billy and the Buds.”

It showed My Hawaiin buddy, Billy Kahele, standing tall in his pakalolo patch.

Never sold another image the rest of the day.

Did not bother me. I was learning things fast, getting poised for future success.

For instance, I was having wonderful conversations with beautiful women.

What a way to meet women, this was better than baked bread.

I looked across from me at a Photographer who was selling color photos of underwater fish and plants.  He had a real booth with walls and a tent.  He sold steadily all day.

I think for his $15 booth fee he got a return of over a thousand dollars in sales.

I took the lesson well. If you had your act together, you could make mucho moola, plus have a great time.

We closed up at 5pm.  Just as well, we were out of brews and smoke.

Threw the rocks in the river and dragged the table back.

Right then, I knew this was meant for me, I could do this for the rest of my life.

Hope you loved my tale and maybe it will inspire you to tell us about your first show.

If it takes correctly, you will see an image off an old slide of me at my booth.

Also, the top photo is Billy in his patch.