The last three weeks have been busy, so I'll try to wrap up three shows in a single review, and maybe by the end of this typing exercise a glimmer of a trend will have developed, and I'll feel smarter about this business than I do at the outset.

But first: Context!  As I've written earlier, with varying degrees of accuracy and/or persuasiveness:  This has been a puzzling Florida season.

* Local (SW Florida) shows at which I've always killed 'em, have gone flat--leading me (and others) to speculate that 2-D artists in this overcooked market should "sell big...[hoping for that one big fish] or go home."

* More distant shows have largely held their own compared with 2012 totals.  So I've wondered, aloud, if it pays to travel more and assume the guise of "artist from afar."

* Buyers are pickier, especially at the big shows that present more choices (and any show that has competition right down the street (i.e.: Howard Alan v. Barry Witt, "The Battle for Bucks in Bonita Springs", which is definitely a blog title I wish I'd written).  This buying behavior, taken to the extreme by market conditions, leads to lots of "be-backs" throughout the weekend, and, for too many of us, praying under our collective breath for  "4 o'clock miracles" on Sunday afternoon.

Thanks to an unusually early Easter weekend (which usually shoos the snowbirds back north until the first fall cold snap), we're now just about at the end of the season.  So, what have I learned in the last three weeks that will clear up the admittedly muddled view in the crystal ball?  Let's have a look. . .

Jupiter Art Fest By the Sea (March 9-10) is one of Howard Alan's biggest shows--well over 300 artists, extending pole to pole for over a quarter mile along A1A in Juno Beach (a.k.a. the slightly less monied suburb of Jupiter Island).  And an impeccably run show, it is!  With a location just down the road from Alan's Tequesta headquarters, the organization does everything it can to promote high attendance, manage artist access and egress smoothly, and bring in the very best artists it can.  A separate craft section on the south end of the show gives something for everybody, at any price point. And for the most part, this is a high-quality experience for patrons.

HAE pulled out all the promotional stops, including having a special advertising insert in the local paper, strong signage near the venue, and great cooperation from both local police and the Florida State Patrol(!) in assisting artists and patrons alike getting into the show.And Howard, Debbie, Helayne, and the parking staff couldn't have done a better job.  They were on-site, accessible, and helpful throughout the event.

Sales were decent for most of the artists I spoke with...though some commented that they fell short of expectations given the high traffic volume of attendees.  And, as you might expect with so many artists, a few folks I spoke with were raving about their totals, and a few were moaning.  Among the repeat exhibitors, it was more down (slightly) than up for most.

A first-time exhibitor at this show, I don't have any personal Jupiter history to reference.  But earlier this season I'd done an Alan show in Stuart and a month-long January exhibit at Dickinson State Park, and my Jupiter results were highest of all.  So overall, I was satisfied.

The extraordinarily long show layout, coupled with limited patron parking close to the show, may inhibit folks from walking the entire show, or from buying large 2-D or bulkier 3-D items.  I'd like to see Jupiter implement  "patron pickup booths" so that visitors could buy a large or hard-to-handle item and get a claim check they could use to pick up their item(s) by car later.

Next stop:  Key Biscayne Festival of the Arts (March 16-17): another Alan show, in another town where I'd never exhibited.  And what a different experience it was!  This event was founded years ago by the local Rotary, and (at some point in the past) enlisted the Alan organization to run the art festival while the Rotarians concentrated on providing food, music, and entertainment for the kids and families.

Despite the hard-to-miss venue in a spacious downtown park, there just wasn't any buzz happenin'.  Crowds were light to moderate, at best and the show had barely 100 artists (small, by Alan standards).  There were very high percentages of 2-D artists, especially photographers, and about 17% jewelry.  Functional 3-D art was lacking.

And so were buyers. Many who visited were on bikes or rollerblades, suggesting to me that they were planning on visiting the park anyway, and then, hey! an art show broke out, so why not wheel on through?

I talked to probably 15 artists, and only two were happy with their sales results.  I zeroed on Saturday, the first time that's ever happened in nearly 200 shows.  Three customers on Sunday bought small, but at least they broke the drought, and one (finally!) enthusiastic late-day visitor called me on Monday to order a large canvas, meaning I'd at least cover the booth fee and the (expensive, but charming) oceanside hotel room.

I love Miami's culture, but my largely Gulf Coast bird art doesn't tug their heartstrings.  As my neighbor Sally, a funny and wise jeweler, put it: "People down here are into how much concrete they own, not how much wildlife they can see."  And, sadly, development has rendered this longest of Florida barrier islands into something more like Boca Raton than a vestige of Old Florida wilderness.  So, for me, this is a show best avoided. For anyone else, the high hotel and travel expenses make it a crap shoot.  Frankly, if I were Alan, I'd leave this one to the Rotarians and the local artists and concentrate resources on his Coral Springs show 75 minutes north, happening the same weekend.

My last stop, and by far my most successful, was the Englewood Rotary Art Festival (March 23-24).  Nels Johnson blogged last year that this was a show like art shows used to be, and after a weekend that included winning Best in Show for 2-D, I'd have to say Nels was right on target (as usual).  Strong crowds--perhaps not rivaling Jupiter, but astonishing nonetheless, considering that this usually-sleepy town is more than a dozen miles off the heavily-beaten path of US 41.  A solid mix of categories, with none too dominant.  This crowd skews to the older side--a resident told me during Friday-night setup that "Folks retire and move to Venice.  And their parents move here  to Englewood!".

But come they do--from Englewood itself, and surrounding enclaves like Rotonda and Gasparilla,  starting  before the show officially opens on Saturday morning.  And, in an area that hasn't yet been oversaturated with shows like the rest of South Florida, they come to buy.

The area doesn't seem quite as heavily midwestern (Ohio, Indiana, Wisconsin) as the surrounding areas of SW Florida.  Many of the seasonal visitors come from the northern tier of states--Michigan, Massachusetts, Maine.  A number from Virginia and Pennsylvania and the Delmarva Peninsula. And lots of folks from the UK and northern Europe.

The (mostly) Friday setup was cheerfully managed by the Rotary volunteers, and there are a couple of funky mom-and-pop restaurants along the usually-sleepy main drag that seem to love the show and the crowds they bring.  The show ended at 4 PM both days (which, after 12 straight show weekends, almost made it feel like a vacation.)

It was a weekend well spent in every sense of the word.  And if it didn't completely answer the questions I'd had about whether shows can still kick serious butt in the Florida circuit, it sure pointed in the right direction.  If only one could roll back the hands of time!

Does anyone have any info on the Englewood show when it moved to the last weekend in March?

Great review(s) again Geoff - thank you!  Congratulations on the award! 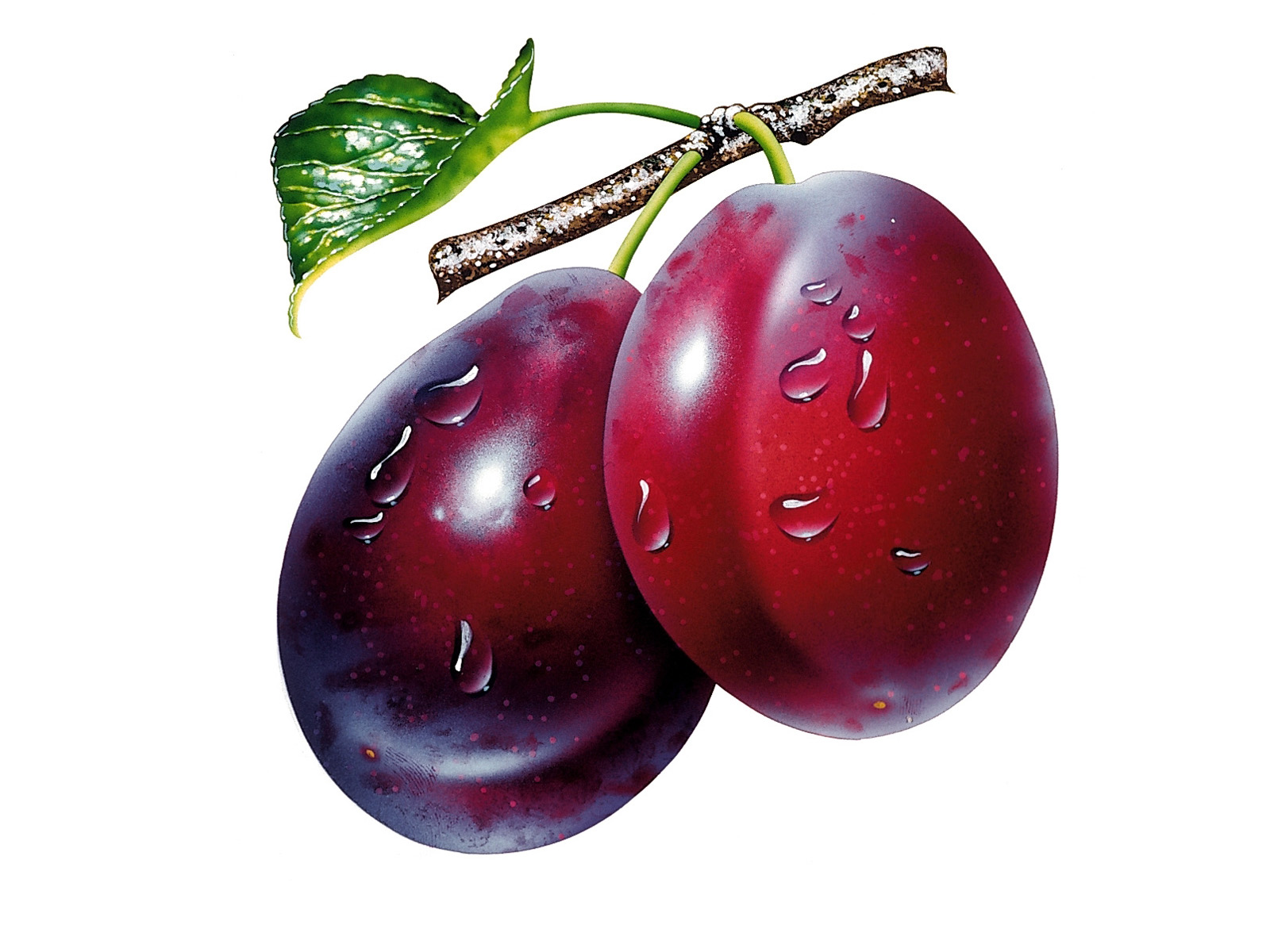 No worries, Connie...and thanks, Nels!! My hat can always use more plums

Right you are Geoff.  BTW, congrats on winning Best in Show, that sure is a nice plum in the hat.  Nels.

I didn't post it because I didn't ask her permission to copy her email, it was from a private communication with me. Really, what difference does it make what the show was? I was reinforcing an earlier comment. It was a tough weekend in Florida for shows.

And my apologies for getting Geoff's post off topic.

This issue might have more visibility in its own thread. Feel free, someone, to copy it from here.

Sorry, Lori, gotta disagree with ya on that issue.  Just because they got hit with bad weather once, is not going to hurt them again.

By your analogy, the Boston Mills show has been flooded twice in the past decade, hasn't hurt them one bit in getting apps.

It makes no sense to hint around.  I thought this was an "Insider" place, and you all want to go secret agent on us.  Who are you kidding?

As Joe Friday used to say to Harry Morgen on Dragnet, "Just the facts madam, just the facts."

That's all I am saying.

I understand why Connie didn't post the name of the show, it could be detrimental to the future of the show. Even though it was out of the promoters control most will only remember that that the show was cancelled. I know this promoter and the call to cancel the show was a difficult one for them, but if you could have seen the line of storms headed for them you would understand why the show was cancelled. The physical welfare of the artist and their products was their concern

Yes Connie, which show?  When you put out a comment like you did, the least you can do is say the name. It is not like something bad is going to happen--well, yeah, it rained on them.  So what was the name of the show?